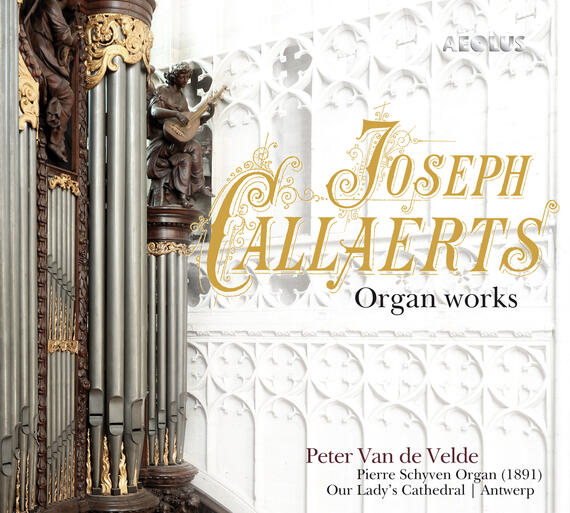 “This is a first-class recording that successfully fills a niche.”
More details...

To say that Joseph Callaerts has been given short shrift by the record companies is an understatement. Browsing the internet, I could only find a couple of collections where he has been included as one of several. Unless I am mistaken, this is the first album devoted exclusively to his organ music. In fact, I have never heard of him, so this latest release from Aeolus has been, for me at least, a voyage into unchartered territory.
Callaerts, born in Antwerp in 1830, received his earliest musical grounding in the choir of Our Lady's Church (later to become the city's cathedral in 1961). He later studied at the Conservatory in Brussels, where he won first prize for organ in 1856, under the mentorship of Jacques Lemmens. For the rest of his life he held organ and teaching posts, and in 1863 succeeded Jan Frans Volckerick as Antwerp's carillonneur. Aside from his organ compositions, he wrote an opera called Le Retour imprévu, a symphony, piano concerto, organ concerto, choral music, chamber music, songs and works for solo piano.
Two larger-scaled works form the bulk of the recording, each of almost twenty minutes duration [...]

Please read the complete review on the orgelnieuws website...

This is a first-class recording that successfully fills a niche.