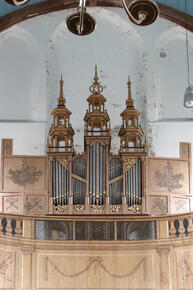 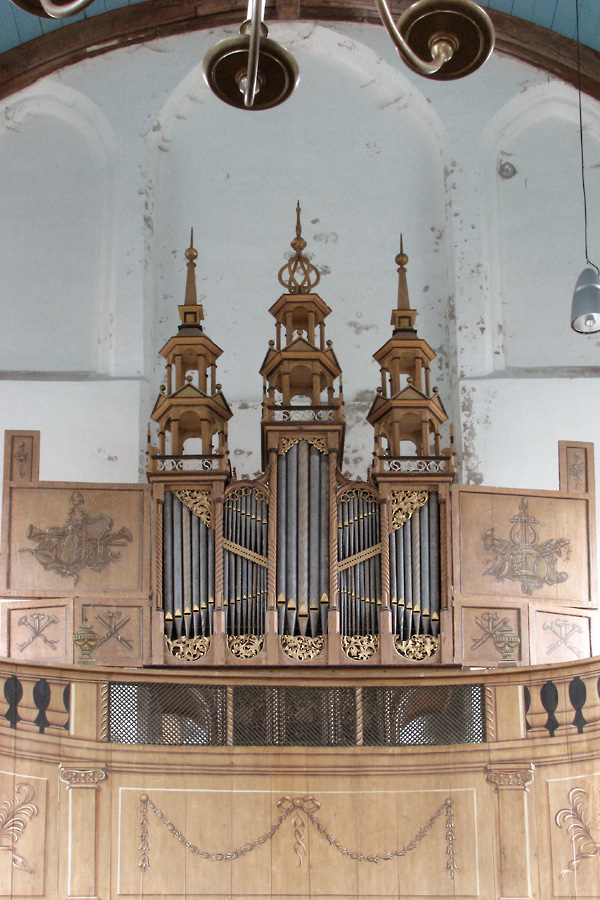 The organ of the Grote Kerk in Oosthuizen was long considered to be one of the oldest organs in the Netherlands, built in 1521 and sometimes attributed to Jan van Covelens. The meantone temperament introduced in 1966 was at the time a revelation for many lovers of early organ music, and this contributed considerably to the instrument’s fame.

However, recent research by Van Biezen and Van de Linde (1981-82), Verloop (2001-02) and the Flentrop company (2002-03) has revealed that the history of this organ is much more complex than was assumed.
Although the church must have been completed by about 1521, no organ of this date is mentioned in any known archives. The first reference to an organist - and thus to an organ - dates from the year 1548. No other mention of an ancient organ at Oosthuizen is found until 1829, when a record in the journal Boekzaal der geleerde Wereld reported that the instrument had been repaired by Sommer of Amsterdam. According to inscriptions on the largest front pipes, the instrument was repaired in 1848 by Hermannus Knipscheer, likewise of Amsterdam. Finally, the archives reveal that the organ was renovated again by Knipscheer in 1869 (in fact by his foreman A.M.T. van Ingen, as an inscription on the same front pipes reveals). He replaced the old bellows by a new horizontal bellows. After a deep slumber of nearly 100 years, the instrument was restored by D.A. Flentrop in 1965.
Through the limited number of facts available, concerning the history of the organ prior to 1829 we are entirely dependent on information that the instrument itself may yield. In view of its flat front design, the case must date from the early sixteenth century. It cannot be excluded, therefore, that the oldest parts do indeed date from when the church was built. The keyboard is fitted into the case without its own frame, as was originally done in Jan van Covelens’s choir organ in St. Laurenskerk in Alkmaar; this also points to the sixteenth century, as does the keyboard compass FGA-g2 a2. Although more difficult to date, the stop action, operated by pushing instead of pulling the shanks, may also indicate the sixteenth century. At least some of the technical fixtures, therefore, appear to stem from this period, and could indeed have belonged to the organ first refered to in 1548.
The pipework, on the other hand, is very heterogeneous and would appear to be an assemblage of largely very old pipes of different origins. At least three styles of pipe making can be distinguished, often within a single rank. Indeed the front pipes, placed directly on the chest, apparently stem from a 12’ front of another organ. The Octaaf 4’ too contains old front pipes, though from a different hand. During the latest restoration, on the basis of handwriting it was possible to identify Pieter Backer of Medemblik (c.1670) as the assembler. It remains unclear from which old instruments he reused the pipes; among them could have been the old Oosthuizen organ itself.
Although the present concept therefore goes back to Backer, and the stoplist reveals several typical features of his age, the sound is still largely determined by the many sixteenth-century pipes, which lend this organ its very specific character. Some of this pipework is among the oldest that has survived in the Netherlands.
In 2002-03 the organ was restored once more by the Flentrop company. On this occasion, a new and appropriate winding with two double-fold diagonal bellows was installed in the old position on the gallery. Since the meantone temperament of 1966 was ‘imposed‘ on the pipework, irrespective of lengths changed later to facilitate other tunings, many pipe mouths were pushed in or opened up too far. These were repaired and the pipes lengthened as required. The wind pressure, which was apparently too high, was lowered, and the sound is now considerably more relaxed, while losing nothing of its intensity.
© 2014 Koos van de Linde 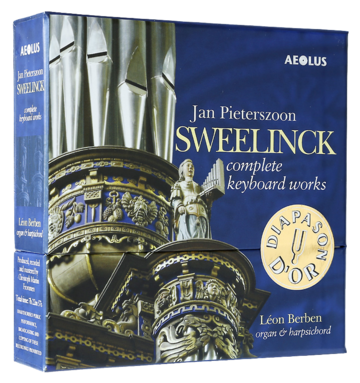