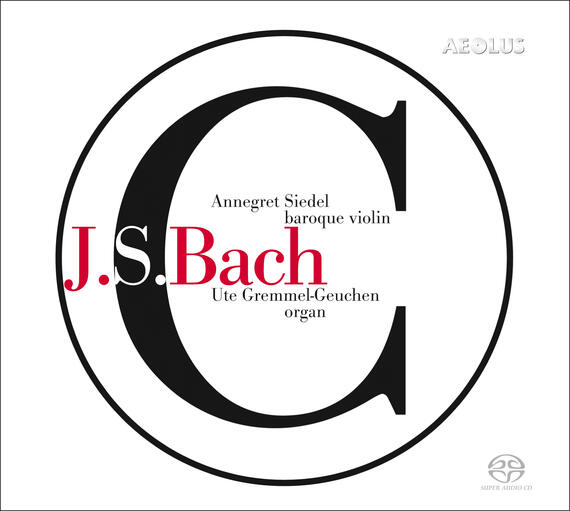 Throughout his entire life, Johann Sebastian Bach wrote a great number of arrangements, transcriptions, and “parodies”. Baroque violinist Annegret Siedel and the organist Ute-Gremmel Geuchen are experimenting this field with great joy in playing a varied spectrum of Bach's compositions on violin and organ, violon solo, or organ solo.

In his youth Bach made keyboard arrangements of a great number of works by other masters, or used their themes to write his own fugues. When he was older, he started to re-arrange his own works for other instrumental settings. In his vocal output, particularly in Leipzig, he often resorted to earlier works but inserted a new text: this is the so-called “parody” technique. Bach’s openmindedness toward transcriptions, frequently on display, encourages us to try out new settings of his works today.
The Hamburg baroque violinist Annegret Siedel and the Kempen organist Ute-Gremmel Geuchen (who also recorded five SACDs of Bach's complete organ works on Aeolus) are experimenting this field with great joy. Of particular interest are, for example, the Toccata and Fugue BWV 565 in a version for solo violin (!), as well as organ arrangements of individual movements of the choral motet "Jesu, meine Freude" BWV 227. Of course, the two also perform together, e.g. the E minor Trio Sonata BWV 528, with the violin taking over one of the trio's voices. The organ is a reconstruction of Christian Ludwig König's instrument form 1752, which had been destroyed. The actual instrument was rebuilt by Verschueren Orgelbouw after the specifications of the historic instrument.