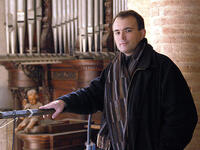 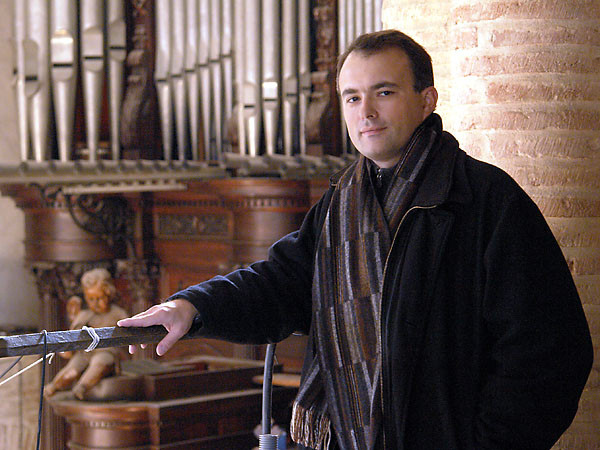 Fourth station of the october recording tour was the basilica Saint-Sernin in Toulouse. 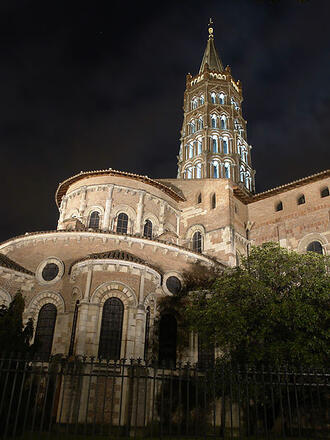 "Back in France and on my way back home I stopped in Toulouse (France). In the huge roman basilica Saint-Sernin is located one of the most famous organs in the world: Aristide Cavaillé-Coll's masterpiece from 1889 (III/57). 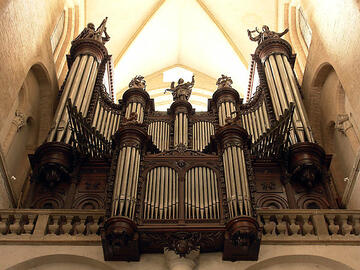 In fact, I had two recordings here, one of them for the BBC Music Magazin (see the other article). As the organ of Saint-Sernin is somehow linked to the begining of my activities as a recording producer (some of my very first recordings took place here in 1988 and 1989 when I was a student) I had always wanted it on our label. I had not been there since 1992, so I never heard it after it's restoration! 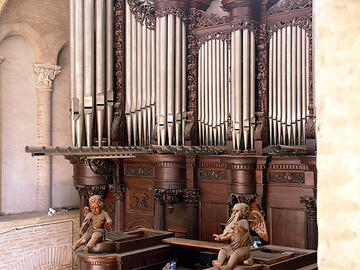 So, after the BBC MM recording I was really happy to welcome one of the best french organists of my generation, Bruno Morin, who won the Chartres competition in 1994. It was a pleasure to be there again. Bruno prepared a really fine CD-recital with works by Hector Berlioz, Camille Saint-Saëns, Louis Vierne, Gabriel Pierné, Marcel Dupré and Sergeij Rachmaninov - which was recorded in stereo and 5.1 surround. I think the organ has never been recorded in surround before. What a sound! Thanks to all the nice friends who helped us during the recording sessions: Jean-Baptiste Dupont, Jean-Claude Guidarini and Matthieu De Miguel. Thanks also to Véronique Lafont de Sentenac, Patrice Bellet and Michel Bouvard, the titular organist." 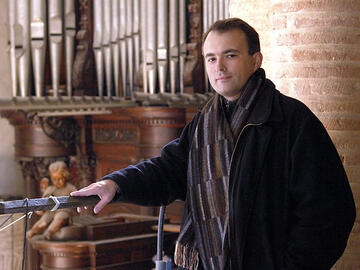