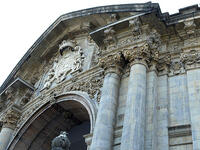 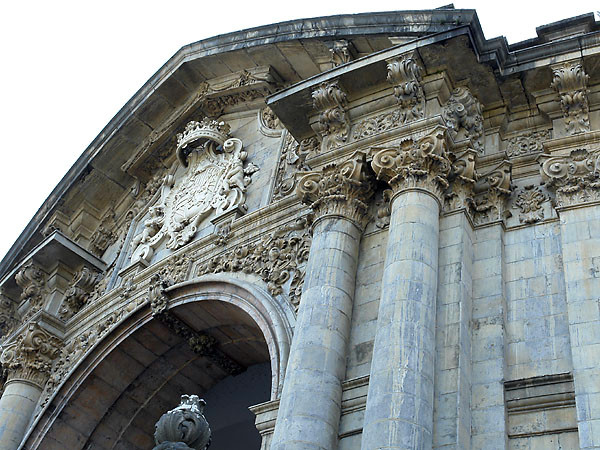 Second station of the october recording tour was the famous Sanctuary of San Ignácio in Loiola, near Azpeitia. 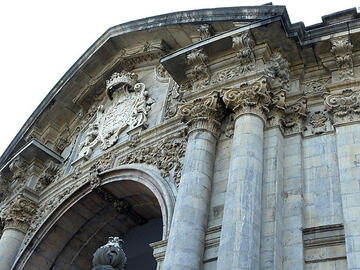 "In the famous Sanctuary of San Ignácio in Loiola, near Azpeitia, it was again Aristide Cavaillé-Coll who built the organ. The instrument (III/33) was inaugurated in june 1889 and is thus contemporary to the well known organ of Saint-Sernin in Toulouse. Loiolas basilica is marked by an impressive dome in the center, one of the hugest I ever saw. There are at least ten seconds of reverberation... The instrument is located on a small and low organ loft, only 4 or 5 meters high. So the organ only shows 4 ft pipes in the front but it is at least 10 meters large. It has an impressive 8 ft chamade right above the console. 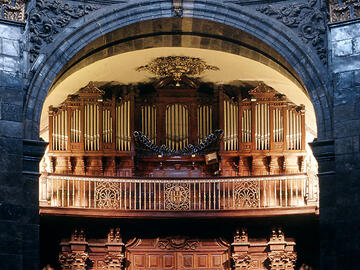 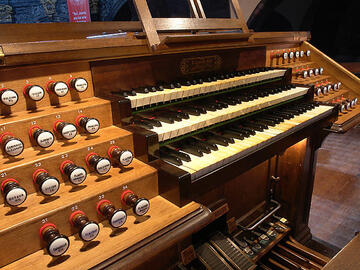 Esteban Elizondo recorded a full disc with works by Padre Nemesio Otaño (1880 - 1956). Otaño, born in Azkoitia, studied in the monastery of Loiola and must have played the organ here. The instrument matches the music very well. I was deeply impressed by the beauty of these sounds, in this acoustic! 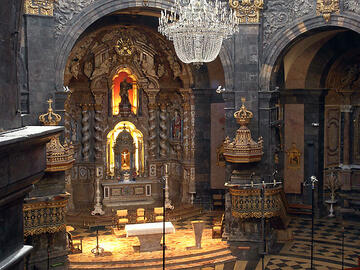 Esteban told me that recently our friend, the french Cavaillé-Coll expert Denis Lacorre, examined the instrument and told him that the voicing has never been changed since it's construction! It will be the first recording ever released of this fabulous and mostly unknown instrument, and we recorded here again in stereo and 5.1 surround. Thanks again to Andreas Schiegnitz! Without his help the recording would not have been possible." 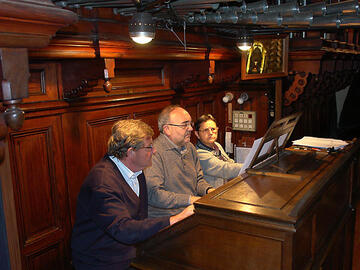