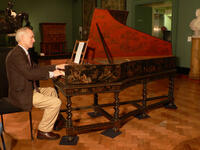 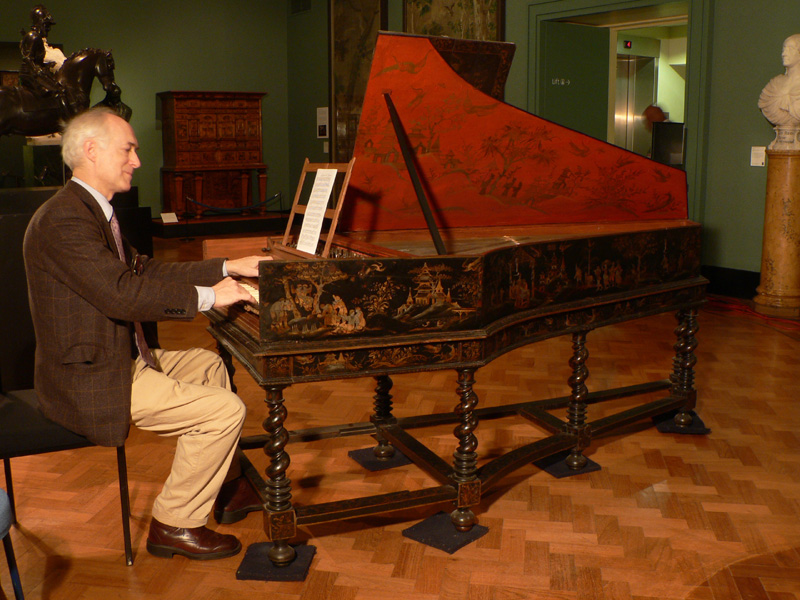 The second volume of the Louis Couperin edition will be available after the summer break. AEOLUS producer Ulrich Lorscheider explains what is special about the recording with the world-famous Vaudry harpsichord of the London Victoria & Albert museum.

The Vaudry harpsichord in London’s V&A Museum is one of the world’s most famous historic harpsichords still in playing condition. Undoubtedly due to its exceptional, largely unadulterated state of preservation, it has frequently served modern-day instrument makers as the model for their early-French harpsichord replicas. At the same time, the Vaudry is one of the least known original harpsichords in the world: very few people have ever had a chance to hear it. 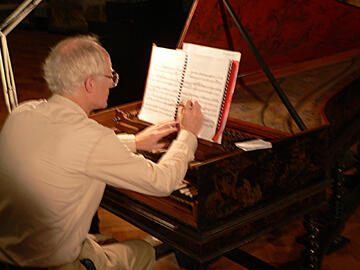 At the V&A, it is on display in the furniture department because of its precious ornamentation. To be sure, it was put into playing condition during the course of restoration, and has since been expertly conserved in this state, yet no concerts are played on this instrument, and the last and only recording was made decades ago and is of course no longer available.

(This naturally calls to mind the Christian Vater harpsichord in Nuremberg, which is likewise well known, but only to be heard on an AEOLUS CD of Bach's French Suites.)

We had already taken the Vaudry into consideration for the AEOLUS Froberger-Edition. But it wasn’t until we were ready to undertake the Louis Couperin recordings that the necessary contacts had been established and we could proceed with concrete planning over the course of several years. For the preparations alone, I visited the museum twice during this period. 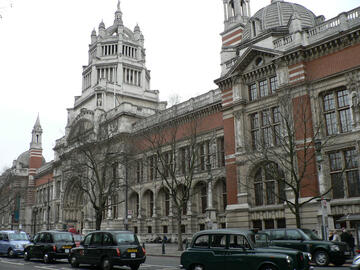 In 2006 we were ready at last, and the recordings took place on four evenings in January in Gallery 1c, one of the very few halls in the huge museum in which it was possible to turn off the air conditioning system. The London tube, however, could not be rerouted... Such details required particular attention during as well as after the recording sessions. Now the time has come to release the results of our efforts, while looking back upon an extraordinary genesis. 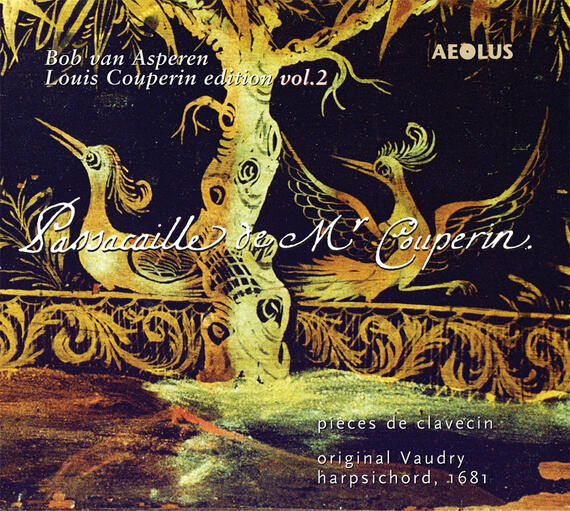