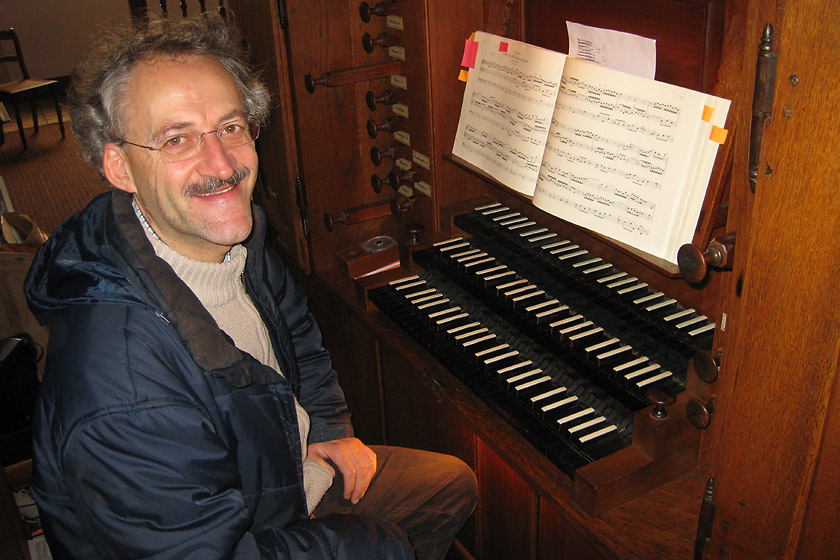 During the last days of March we from Aeolus have pursued the project with the complete organ works by Johann Sebastian Bach on SACD. The new recordings took place once more at the Temple Protestant of Wasselonne (Alsace), on the fine Johann Andreas Silbermann organ (1745), restored by Gaston Kern. Thank you again to the very nice people in Wasselonne who gave us the permisson to record their fine instrument once more!

Gerhard Gnann (professor for organ at the University of Mainz) recorded two more SACDs. Among the works there four Concerti (BWV 593 - 596) and four Trio Sonatas.

We now can say that the box will finally contain 17 SACDs. The next upcoming recordings will take place in july with Ute Gremmel-Geuchen.