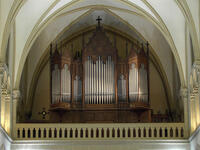 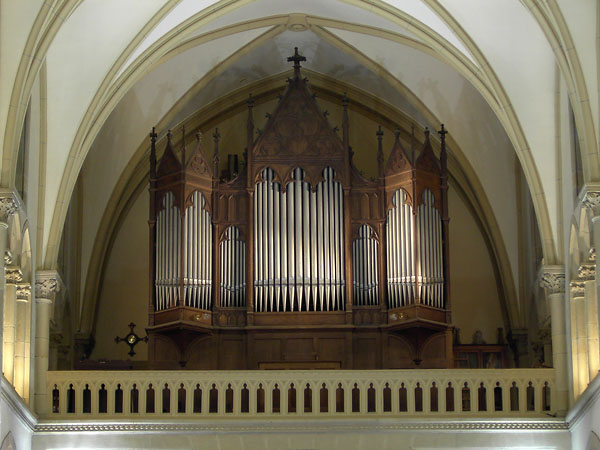 The parish of San Ignacio de Loyola in the San Sebastián neighbourhood of Gros was first founded as early as 1883, nine years before work began on the current parish church in 1892 under the supervision of the architect José de Giocoa. The church was consecrated in 1897 by Don Ramón Fernández de Pierola, Bishop of Vitoria, in the presence of King Alfonso XIII, Queen María Cristina, and the Infantas María de las Mercedes and María Teresa. At that point, the church still did not have a tower. The spire was only completed and consecrated in 1928, thirty-one years later. The church, built in a rather uninspiring neo-Gothic ogival style, has a remarkable interior of considerable historical and artistic importance. This includes mosaics by Maumejean in the chancel completed in 1918, featuring episodes from the life of Saint Ignatius Loyola, as well as numerous altars, particularly the remarkable Art Nouveau Sacred Heart of Jesus altar by Mariano Benlliure, and – last but not least – the magnificent 30-stop organ by E.F. Walcker of Ludwigsburg, which dates from 1914. In October 1913, the church committee decided to commission a new organ. A number of companies submitted proposals, including, apart from Walcker, Cavaillé-Coll of Paris, Amézua of San Sebastián, Eleizgara of Azpeitia, Miguel Eguíbar of Azpeitia, Lope Alberdi of Barcelona, and Fernand Prince and Charles Mutin of Paris. The committee eventually settled on Walcker’s proposal.

Walcker delivered his Opus 1812, a 30-stop organ with two manuals (each with 58 keys!) and a pedal board of 30 keys, in a neo-Gothic triptych format. This form has a number of particularities as compared to standard German designs at that time. The most striking feature is the exceptionally high proportion of reed stops, particularly on the second manual. All of the reed stops are of outstanding quality. Although made in Germany, they have an almost French sound. It is possible that the organ-builder’s brief requested this format, well established in the region since the 1860s thanks to a number of well-known French organ builders who in turn influenced Spanish organ designs. The designs submitted by companies from France and the Basque region presumably also featured an equally high proportion of reed stops and it is likely that Walcker designed his organ with this in mind.

The pipes are arranged diatonically on the wind chest. The organ as a whole is relatively spacious and easily accessible. It survived the twentieth century in remarkable condition, with no damage or repairs. At the very end of the twentieth century, wear and tear made restoration work a necessity. The contract was awarded to the company Romanus Seifert of Kevelaer and the restoration was completed in 2002. Today, the organ is a unique historical document of outstanding quality and significance. 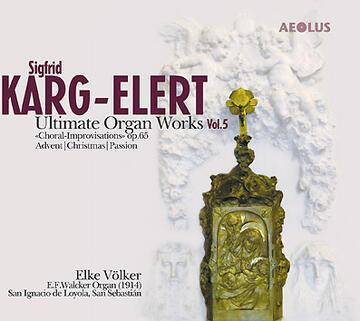