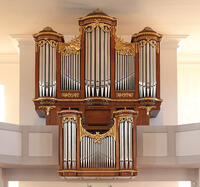 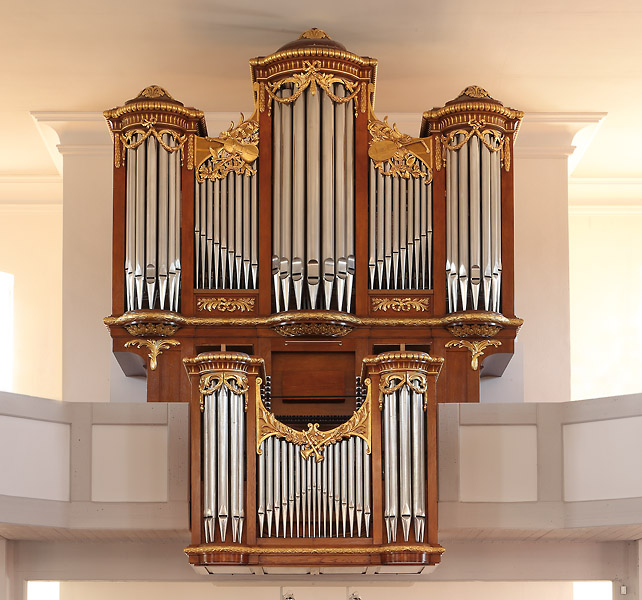 The organ of the Ludwigs Church in Langensteinbach is a work of the organbuilder Johann Ferdinand Balthasar Stieffell (1737-1818) from Rastatt who had received his training with Johann Philipp Seuffert in Würzburg and Johann Andreas Silbermann in Strassburg. It has been originally built in 1786 for the Chapel of the Castle of Karlsruhe.

Stieffell ultimately exceeded the original contract, installing four further stops at his own expense (Rohrflöte and Clairon 4' in the Hauptwerk as well as Fagot Baß 8' and Flutt Baß 4' in the Pedal). For a full-length 16' reed there was not enough vertical room. Apparently the customers were quite pleased with the result, for Stieffell was allowed henceforth to bear the title “Citizen and Court Organbuilder in Rastadt.” After the death of their father Ferdinand his three sons presumably took over the maintenance of the organ.
An initial, substantial intervention in the instrument occurred in 1838, by the then Court Organbuilder Louis Voit from Durlach.
In the course of time the instrument would no longer prove to be up to the requirements of the day, which is why Louis Voit’s son Heinrich built a new instrument for the Castle Church in 1871. He took the Stieffell organ in payment, and managed in the same year, through the offices of the then Court Organist Andreas Barner, to sell it to the Protestant parish in Langensteinbach, 20  km away, installing it in the Ludwigskirche there.
Fortunately, the Stieffell organ came out of the turmoil of World War II virtually unscathed, as opposed to its successor in the Castle Church which, alas, was destroyed in the bombing attack on the city of Karlsruhe in September 1944.
However, the Stieffell organ suffered damage in 1951, when under the supervision of the organ consultant of the period, Wilhelm Rumpf, a portentious intervention by the E.  F.  Walcker firm from Ludwigsburg took place. The work carried out with postwar material was so flimsy that the organ was already desperately in need of an overhaul in 1971. Restauration works were carried out in 1975 by the Peter Vier company. It was then possible to reconstruct the attached console in keeping with Stieffell’s design, and to reinstate the original specification.
The most recent restoration of the organ, completed in 2009 by Andreas Schiegnitz and Martin Vier firms, brought the instrument one step further towards its original condition, above all in terms of voicing of the pipework, reconstruction of the playing action based on historical models and the thorough return to original scalings, which in the 1950s had been quite significantly modified thorough shifting of pipes and a change of pitch. Moreover, the organ was provided with a new wedge-bellows system consisting of three individual bellows after historical models.
Since then the Langensteinbach organ may be considered the most significant tonal monument to late 18th-century organbuilding in the Baden region. Indeed, it has in the meantime been affectionately dubbed the “Pearl of Baden.” 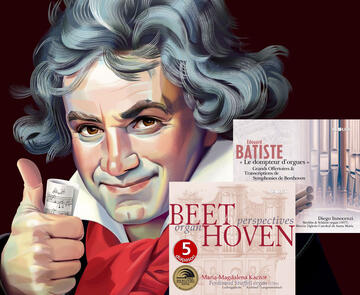 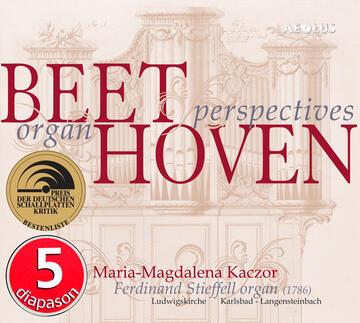