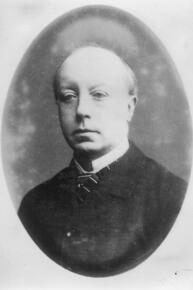 Joseph Callaerts studied first piano and later obtained his first prize for organ in 1856 at the Brussels conservatory, under Lemmens. Interestingly this was one year after he had been appointed as Cathedral organist in Antwerp. In addition to organ works and religious choral music he also wrote music for orchestra including a concerto featuring the organ. In line with many of his contemporaries, he also wrote a number of transcriptions.