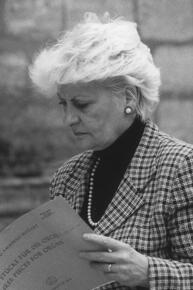 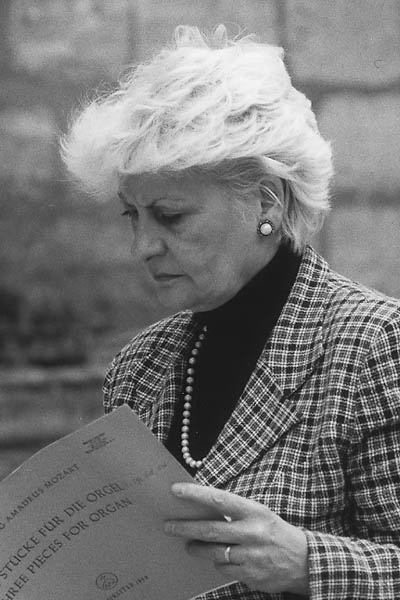 “With a performance of serene perfection Michelle Leclerc bestows upon these little-known works the splendour of radiant intelligence and warmth. Such eloquence in a musicianly virtuoso!” (Diapason, record review)

“Michelle Leclerc possesses the intelligence that allows her to analyse a musical text, discern its structure and, thanks to appropriate registration, endow it with subtle colour and sensitivity.” (Con- cert given at the Auditorium of Lyon) “One of today’s best organists! Michelle Leclerc gave a splendid concert during which she showed forth her immense ability.” (Concert given at Notre- Dame-de-la-Garde in Marseilles)

“Michelle Leclerc gave a striking demonstration of virtuosity informed by musicality of the most intense sort.” (The American Organist, record review)

Michelle Leclerc is among those artists who leave their mark on their time, the organist who, via her recitals and recording catalogue, does her part in reinstating the concert organ’s claim to nobility. With this bigger-than-life performer the music seems rewritten, as if clarified, engaging, vibrant. Michelle Leclerc, whose brilliant career boasts more than 600 concerts, performs at the greatest international organ venues and participates in significant festivals where the critics are unanimous in recognising her transcendental virtuosity, interpretative per- sonality and inborn gift for registration.

Her teachers initially included Jean Langlais, under whose guidance she received the Virtuosity degree at the Schola Cantorum in Paris as well as the Grand Prix “Charles Tournemire” d’Interprétation et d’Improvisation of the Amis de l’Orgue in Paris. She subsequently coached in the art of improvisation with Pierre Cochereau.

Presently she is titular organist of the Cathedral in Sens, where she directs the International Organ Festival, and co-titular organist of the Lutheran Church of les Billettes in Paris. Professor at the National Conservatory of Orléans and at the Schola Cantorum in Paris, she is often called upon to teach at various master classes and invited to participate in the juries for international competitions. Her vast repertory has enabled her to make several records ranging from the Baroque era through contemporary music. For AEOLUS she has recorded a CD on the organ of the Cathédrale of Sens devoted to the works of Mozart (AE-10071), and another one on the CavailléColl/Gloton-Debierre-organ of Notre-Dame-d’Auteuil in Paris, devoted to the complete organ works of Déodat de Séverac.

Michelle Leclerc passed away on september 12, 2006. 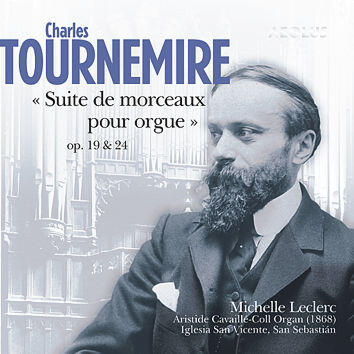 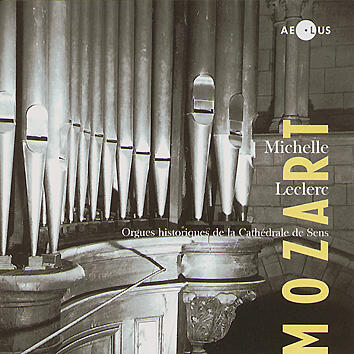