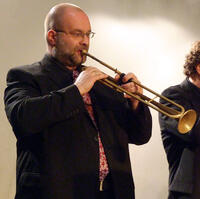 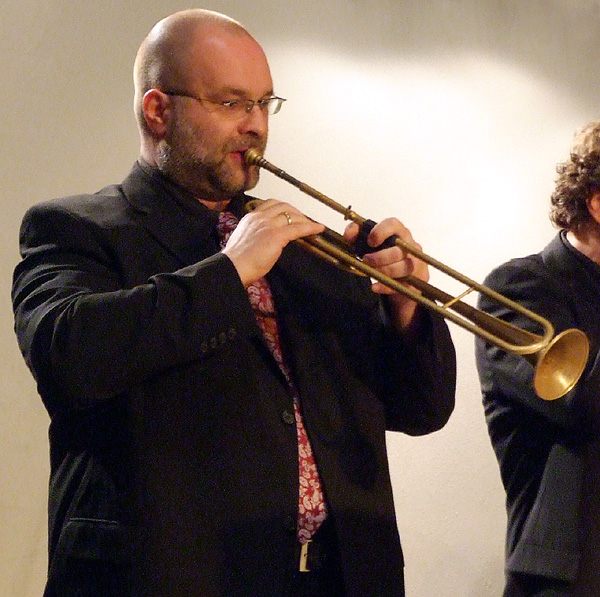 An internationally renowned specialist on the natural (baroque) trumpet.

Already during his studies, Hans-Martin Rux dedicated himself almost exclusively to the Baroque natural trumpet on which he is today one of the most sought-after performers. As a regular member of Concerto Köln, and first call for ensembles such as La Stagione, Il Complesso Barocco, Musica Antiqua Köln, Das kleine Konzert, and Musica Fiata, Hans-Martin Rux is at home in numerous internationally renowned ensembles for early music. He is also a regular guest with the Akademie für Alte Musik Berlin, Tafelmusik Toronto, San Francisco’s Philharmonia Baroque Orchestra, the Orquestra Barocca di Sevilla, Il Fondamento, etc.

In the course of his musical activities, Hans-Martin Rux has already participated in over a hundred CD recordings, including the famous Telemann Concerto with Camerata Köln, sonatas by Schmelzer and Biber with Music Fiata, as well as many of Bach’s major works, including the Second Brandenburg Concerto on several occasions, e.g. with the French ensemble “Café Zimmermann.” 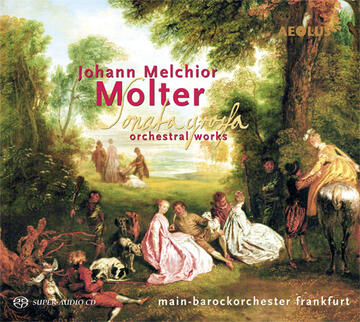