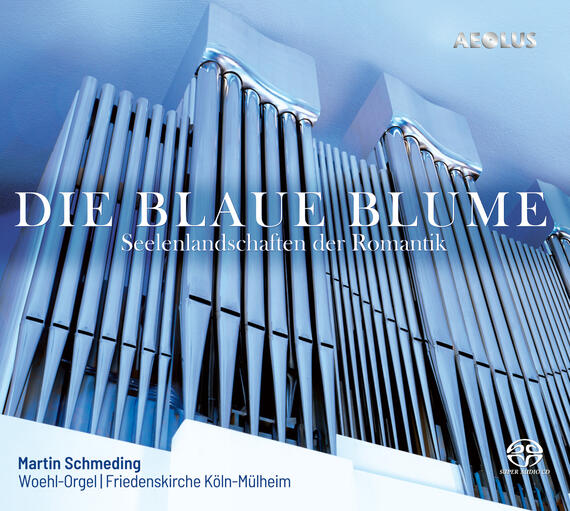 Landscapes of the Soul

Music has always been used throughout the ages to convey certain states, emotions. Especially in the music of the 19th century, it was important for composers to express inner states - landscapes of the soul - in their music. They seek nature as a counterpart to the human soul and in the expression of music nature serves as a background, to express the most diverse emotions.

When thinking of images, landscapes, impressions of nature, which are closely connected with the world of the Romanticism of the 19th century, then actually a literary image immediately comes to mind: the Blue Flower, which Novalis conjures up in his novel "Heinrich von Ofterdingen" as an ideal fantasy image, so to say as a utopian ideal state. And that, after all, is the goal: to find one's way out of the various wanderings and confusions of the landscapes of the soul to a destination that can never be reached. Hence this general term Die Blaue Blume.
For his first album on the Aeolus record label Martin Schmeding has chosen transcriptions of works by Ludwig van Beethoven, Felix Mendelssohn Bartholdy, Robert Schumann, Franz Liszt, and the famous Sonata by Julius Reubke. He plays the new organ (2017) of the Friedenskirche, Köln-Mülheim (Cologne), a fascinating instrument that was built by Woehl Orgel Projekte in the german romantic style.

SACD - what does it mean?